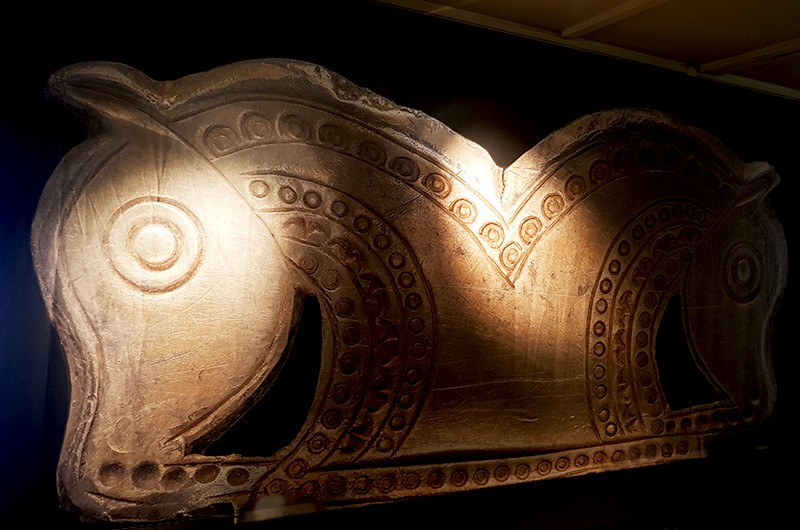 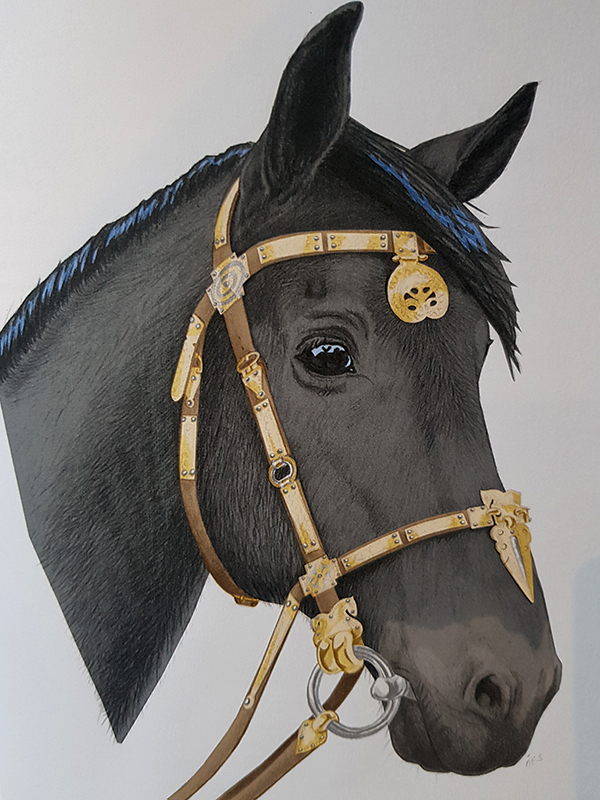 In Eurasia, during the 5th century large migrations of people (and their domesticated non-human animals) took place. It was an unstable time politically – with e.g. the downfall of the Roman Empire.

Yesterday I visited an exhibition at the Lund University Historical Museum, called “The Sösdala horsemen – and the equestrian elite of fifth century Europe”. 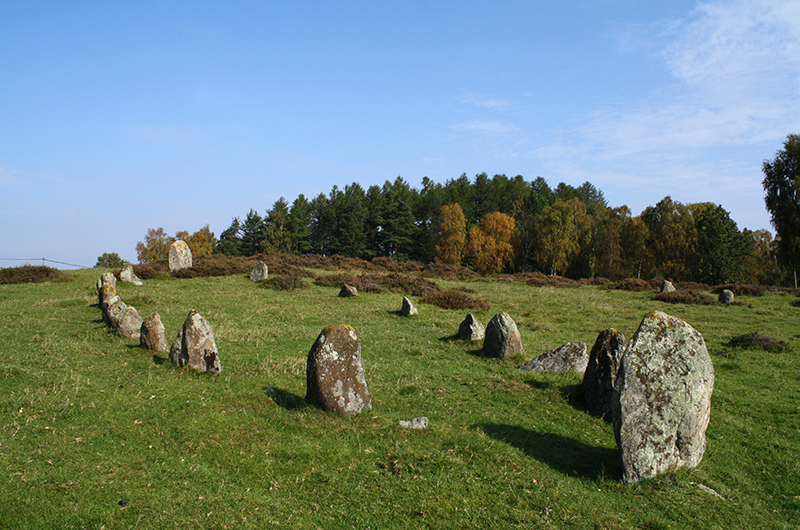 In Sösdala (and adjacent villages), in today’s southern Sweden, in 1929 and 1961 people digging for gravel and sand found a couple of thoroughly “slaughtered” horse equipment (saddles and tacks), close to a field of graves, a so called stone ship setting at Vätteryd’s burial ground. Some of these graves and these “slaughtered” horse equipment are consistent in time with each other, between 350-450 AD.

I am a really nerdy person… I find anything horse-human related interesting – so in my joy, sharing what I learned yesterday :-) (The pictures are from the exhibition and from the book/catalouge I bought at the museum – “Hästfolk – Sösdalafyndet och folkvandringstidens ryttarelit” by Charlotte Fabech & Ulf Näsman).

Through DNA analyses and found horse bones from this and other similar findings they could see that the horses where between 120-140 cm in their withers, and that they are rather closely related to the Mongolian pony. I have read this elsewhere, and that the Mongolian pony (or other similar pony groups from Eurasia – are related to many of our older breeds in the Nordic countries, e.g. the Fjord horse and the Icelandic horse, but also the older breeds in UK (Exmoor, Scottish Highland, Shetland ponies etc). This means people from Eurasia, as far away as from Mongolia met people from the Nordic countries and exchanged horses, possibly at marketplaces in today’s Russia, even before the Viking age 😉

The findings of the horse equipment, that was not any ordinary horse equipment. They are all of high quality, some of them of very high quality, seen in the metal, in the way the metal is worked with and decorated. So, the question for the archaeologists and historians to answer was – how did this very exclusive and expensive horse equipment end up in a sand ridge in today’s southern Sweden? And why was it “slaughtered”? 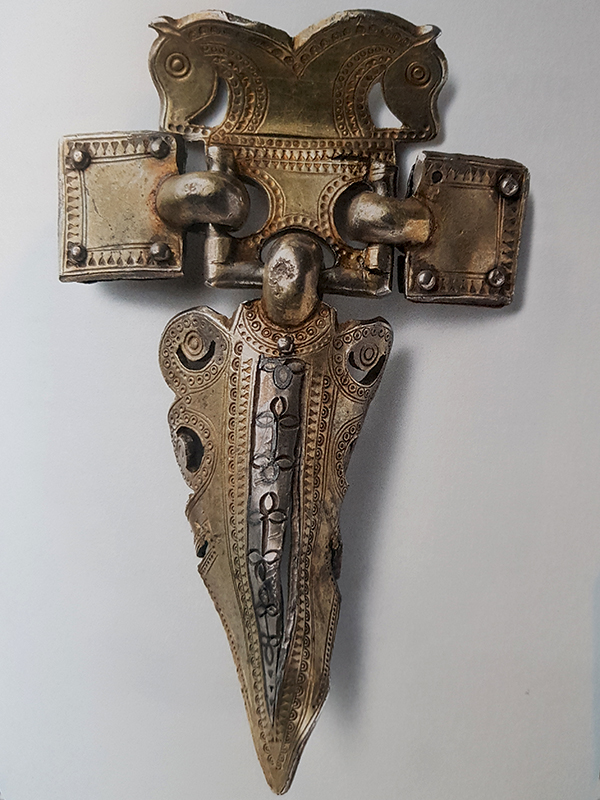 The hypothesis is that several noble men in today’s southern Sweden, traveled to the Roman Empire to serve as soldiers at horse. The Roman empire is known for its very controlled way of maneuvering their horses – they were used in combat and needed to be trained to move around in areas tight of space, in close contact with enemies during combat. But in the 5th when the Roman empire lost more and more of its control over its neighbors (the “Barbarians” – who were not at all more barbaric than the “civilized” romans), they hired soldiers from these same “barbarian tribes”, to fight other barbarians... Some of these barbarians came from central and eastern Eurasia, they were members of nomadic horse tribes, who did not fight and won their wars with horses who were trained to fight in close combat, they won their wars due to fast running horses and their ability to stay on top of them and shot arrows and through spears. It seems the Roman empire wanted to fight the horse nomads and other barbaric tribes with their own tactics and medicine…

It seems like people from the Nordic countries picked up this way of fighting when they went there to offer their services, ending up riding more freely and prioritizing speed over controlling their horses with sharp bits, spurs etc (we have findings from earlier periods, the so called roman iron period – where other types of horse equipment is found, more in accordance with harsher bits, spurs etc.). In the equipment itself, which is richly decorated, you see horses more kept in “collection” – so they are possibly made by roman craftsmen near or in Rome, and possibly given as gifts to these Nordic noble and horsemen, but the construction of the equipment itself indicates this freer way of riding.

The fact that the equipment is “slaughtered” also tells about close contact with horse nomads from Eurasia. This is a burial ritual performed in many of these horse nomad tribes when a great horse warrior dies. It is assumed it assisted with the transition for the warrior to his new life or new state after death. The warrior’s best horses are slaughtered in a sacrificial way and the meat is eaten at the funeral feast. The remains of the horses are later buried, not scattered in the waste together with other animal bones. Then the horse equipment is slaughtered as well. Which means it is deliberately and thoroughly destructed, hacked with axes, beaten with stones, ripped from the saddles, the reins etc and then covered with sand and gravel. This is not put into the grave itself; the grave field is situated some kilometer away. In one of the graves there one leather strap, probably from a set of reins, that bore the same kind of decorations, but not other horse related things were found in the graves.

People moved around the world – at least the wealthier ones – much like we do these days. It just took longer time. But since homo sapiens left Africa – we have, as a species, been a lot on our move. Since the horse and the human domesticated each other (some presumably 6000 years ago) – we have moved around on horseback, or in a horse carts – up until some 100 years ago – when the automobile was invented (most of us continued to use horses some 50 years more in the west, in many places around the globe, horses – and donkeys, or oxen – are still the most common way of transporting oneself and one’s goods, as well as they are used for agricultural tasks). 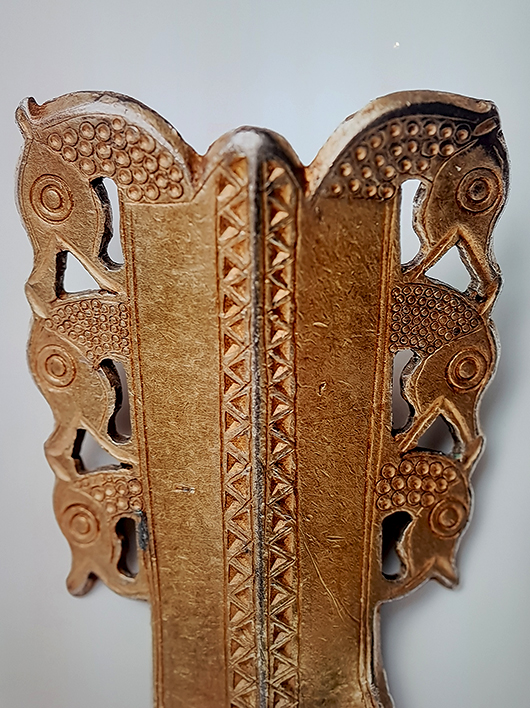 Seeing horses and humans - and their interactions, through the lenses of time/history, culture and geography... adds understanding for me - of the species "human" - as well as the species "horse" - and our co-evolution and co-domestication. So having this glimpse into a time past - is enlightening, intriguing, and fun - at least to me :-)

Tweet
Tags:
Horses History Warfare Interaction Horse Nomads
Emplaced.... you are in relation to where you are…
WHAT DO I SEE?

Katarina is an equine cognitive scientist offering various Equine Assisted Interventions. She has been trained in EAGALA and Learning Animals program Equine Cognition, and Human Development. Also, she is a certified mindfulness instructor, and currently works on a Master in Cognitive Sciences. Besides, she educates people on equines, equine-human interaction, trauma-sensitive mindfulness, and trauma. Her passion is researching and spreading knowledge on equine cognition, equine-human interaction and trauma, as well as offering treatment and support for traumatised people.

More posts from author
Wednesday, 02 June 2021 DON’T EVER MOVE YOUR FEET!
Saturday, 17 April 2021 CO-REGULATION IS MISUNDERSTOOD
Wednesday, 24 March 2021 THE AGENCY OF THE HORSE – AND THE AGENCY OF ME

The ”real” horses and their expressiveness – the Koniks at Wicken Fen

WHAT DO I SEE?

Loved it! Thanks x

By accepting you will be accessing a service provided by a third-party external to https://www.mimercentre.org/